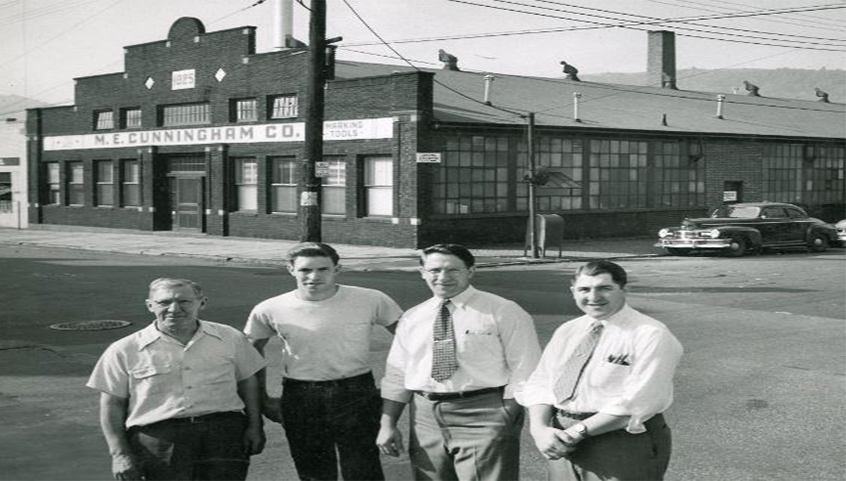 Founded in 1889 as M.E. Cunningham Co., Mecco Marking & Traceability is celebrating 125 years in business.  Having transformed from a hand stamp manufacturer for the Pittsburgh steel industry into a high-tech provider of industrial part marking systems, Mecco celebrates its long history of innovation and service to its customers.

Building a Tradition
Though the company operated as M.E. Cunningham Co. until being purchased by a group of investors in 2002, the abbreviation “MECCO” appeared as early as the 1940’s for the trademark “Mecco Safety.” The Mecco Safety line of steel hand stamps used a special heat treatment to prevent accidental injuries.

Mecco’s unique hand stamps helped to develop an excellent reputation for the company as a manufacturer of top quality marking tools. What followed was the development of new marking systems for steel plants and manufacturers throughout the country, building a tradition of innovative solutions. Mecco® was even granted the patent for indenting a bar code into the surface of an object in 1989.

Changing Gears
After enduring the decline of the steel industry in Pittsburgh, Mecco looked to redefine itself.  Combining its years of marking application experience with new technology, the company wanted to provide a safer and more efficient way to mark parts than hand stamps.

“In 2002, we began investing in computer-controlled marking solutions,” said Dave Sweet, President of Mecco Marking & Traceability.  “We’ve rebuilt our business to focus on engineering laser and dot peen systems for leading global manufacturers and educating them on the traceability process.”

Modern Innovations
Today, Mecco works with Fortune 100 companies to understand each one’s marking application and custom engineer a solution to meet their needs.  Using their expertise, the

company is recognized for going above-and-beyond the industry standards for service and support.

Continuing its tradition of innovation, Mecco’s team of expert engineers and technicians has worked to develop solutions for common industry problems.

Laser safety on the production floor is one such problem, especially when a manufacturer needs to mark very large parts.  Literally thinking “outside the box,” Mecco® introduced the Safety Seal, a retractable laser-safe chamber that seals against the parts it marks.  This method saves manufacturers in terms of floor space, and Mecco® was granted a patent for it in January 2014.

Most recently, Mecco challenged the status quo in controls communication for marking devices, resulting in the first direct EtherNet/IP communication package on the market known as EtherMark.  For the first time, the integration of a laser or dot peen marking system can take as little as 8 minutes rather than the 30+ hours of time that is typically required to write custom programming in order for the device to communicate with the rest of the automation process.

Meet the Mecco Team
The company will host a 125th anniversary open house event on May 22, 2014 at their office in Cranberry Township.

More details to be announced on www.mecco.com and on Twitter (@MECCO). 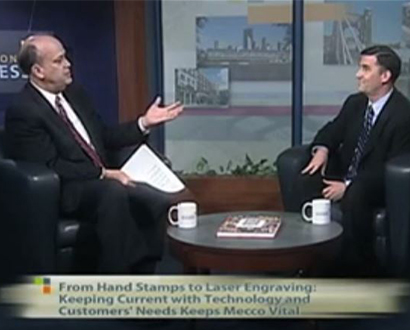 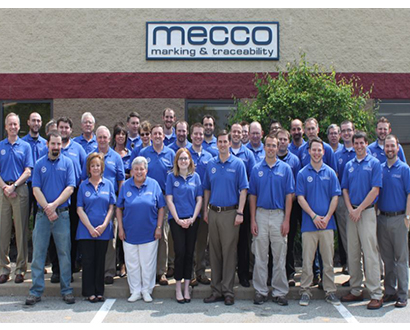 A Look Back at Our 125th Celebration 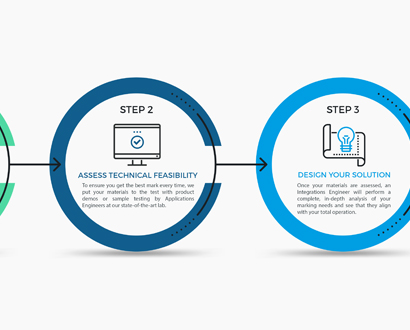 Customer Service that Speaks Directly to Your Bottom Line