MECCO Joins Project to Send Ark to the Moon 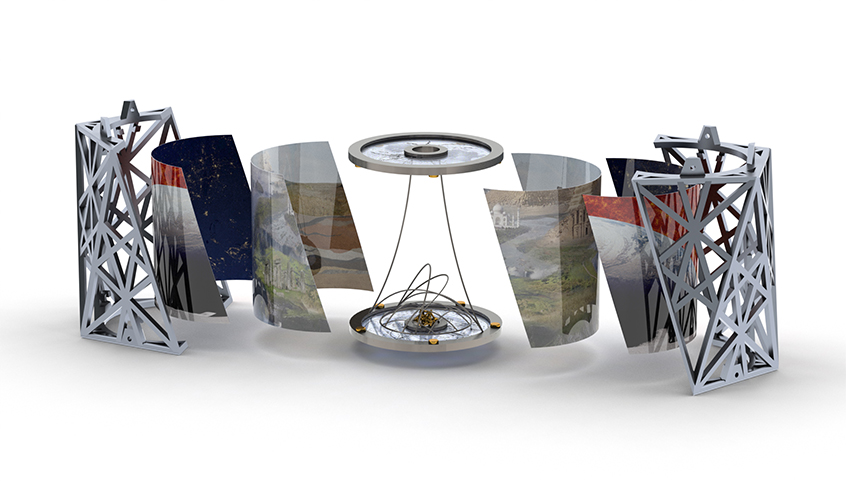 MECCO, a leader in the marking and traceability industry, has announced that they have joined Carnegie Mellon University’s Moon Arts Group in a collaborative effort to place a six-ounce capsule known as the MoonArk on the Moon.

The MoonArk is a piece of art that contains a non-encyclopedic view of humanity and life on earth. It will be transported via a SpaceX rocket and deployed to the surface of the moon by a lunar lander developed by Astrobotic that also carries a rover created to compete for the Google Lunar XPRIZE by CMU Planetary Robotics Team.  The Astrobotic/CMU mission will last approximately 2 weeks, or 1 lunar day, after which, the lander with the MoonArk installed will remain on the moon indefinitely as a Cultural Heritage Site marking the first privatized journey to the moon.

MECCO joins a team of approximately 40 members, along with over 150 contributing artists, in order to provide permanent marking on the Ark using laser systems. Project Director Mark Baskinger, along with Mural & Disk Design Project Managers Dylan Vitone and Matt Zywica, discovered MECCO during the group’s search for a way to engrave music onto titanium components at a microscopic scale.

“Laser marking enables us to achieve structural color on the titanium components. As we all know, the moon is nearly colorless, so one of our challenges is to bring color to the surface of the moon in a very permanent way. UV exposure and extreme temperature fluctuations limit our ability to use most applied pigments,” said Baskinger.

MECCO’s Applications Manager, Josh Christley, explained the laser capabilities to the group and helped them explore some of the possibilities through sample marking on their components.

“Some of the samples of our small marking applications, like when we marked the entire Gettysburg address onto a penny, demonstrated to the MoonArk team that we were the answer to their current roadblock,” said Christley.  “It’s exciting to be part of a project like this where our technology will help preserve human history on the moon.”

“The folks at MECCO are extremely knowledgeable and enthusiastic.  We are working on a very unique project that requires a lot of experimentation,” said Baskinger. “The attitude at MECCO is open and exploratory, which enables us to advance the project in new and innovative ways.”

Contents of the MoonArk include poetry in various languages, crowd-sourced sketches, and samples of geological, biological and celestial materials. One copy of the ark will travel to the moon while the other will be exhibited on Earth.